Polenergia - the largest Polish private energy group - presented a consolidated report for 2021. Sale revenues reached the record level of almost PLN 4 billion. Adjusted EBITDA of over PLN 361 million and adjusted net profit on the level of PLN 187 million are the best financial results in the history of the Group. 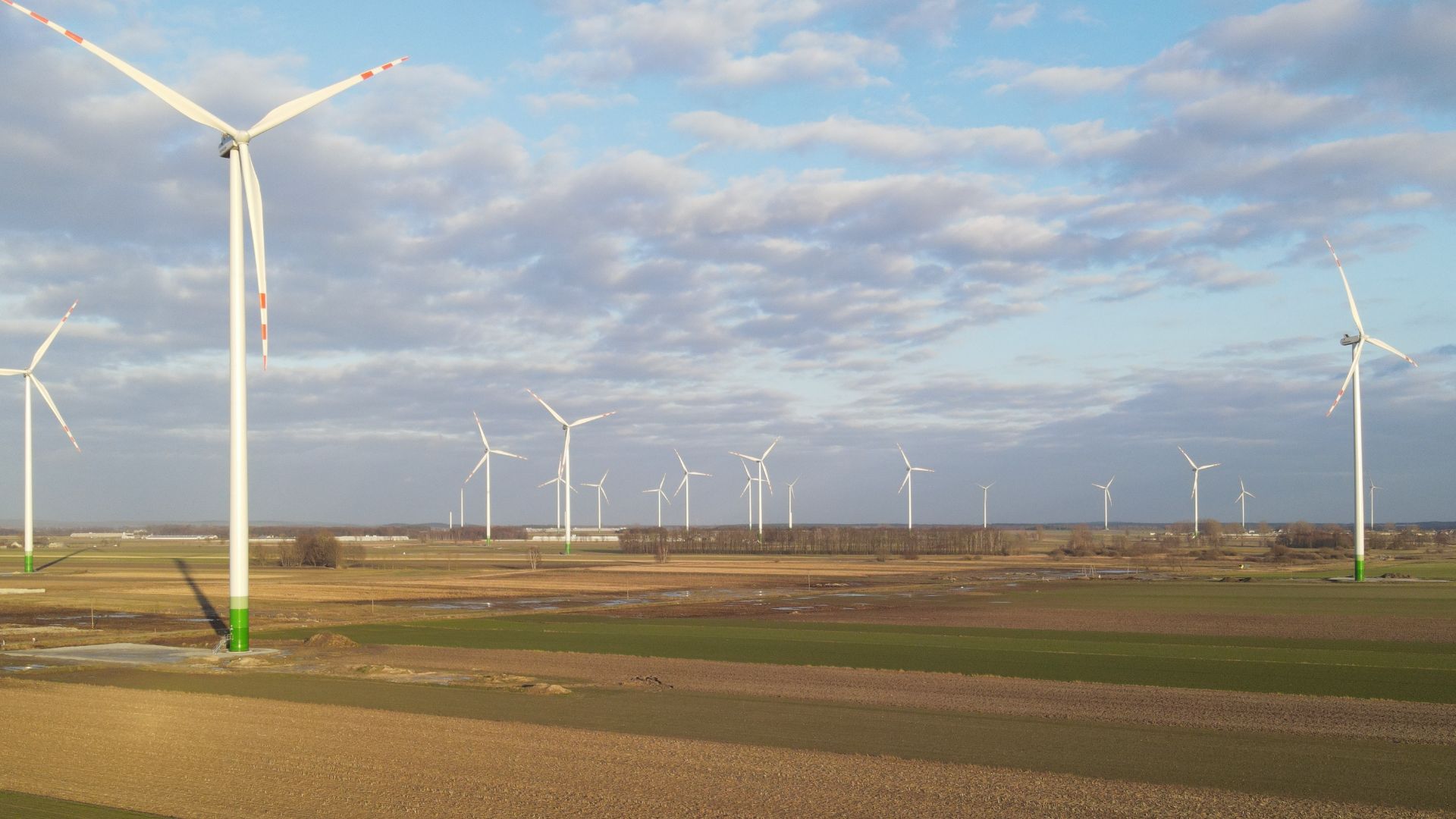 The year 2021 confirmed high resistance of Polenergia to adverse macroeconomic conditions caused by the COVID-19 pandemic. Higher financial results as compared to 2020 show that the ongoing pandemic has not significantly affected the operation of the Group. At the same time, the Group’s companies have not been directly exposed to the negative effects of the armed conflict in Ukraine due to marginal engagement in the territory of Russia, Belarus and Ukraine.

Recent months have confirmed the justness of the direction chosen by Polenergia. We are one of the largest and the most rapidly developing energy groups in the country, whose business model already encompasses all elements of the energy value chain: - from generation to direct sale addressed to business and individual recipients. Growing financial results and efficiently conducted issue of new shares are the solid foundations for further growth. We believe that continuation of development and construction of zero emission energy sources will translate not only to a greater value to shareholders, but also will contribute to building a better, sustainable and green future.

In 2021, the Polenergia Group accomplished a record result on sales revenues: PLN 3999.4 million. This would not have been possible without the significant growth of revenues in the entire fourth quarter of the last year. From October to December 2021, the Group’s sale amounted to PLN 2066.9 million; the greatest impact on this result was exerted by sales revenues in trading and sale segments that were higher by PLN 1480 million, gas and clean fuels result that was higher by PLN 63.1 million and onshore wind farms result that was higher by PLN 24 million.

The adjusted EBITDA result throughout 2021 also accomplished a record level of PLN 361.2 million and was higher by PLN 104.4 million as compared to 2020. The growth of EBITDA was primarily caused by the result of the segment of gas and clean fuels that was higher by PLN 117 million, thanks to the performance of the process of optimisation of the Nowa Sarzyna CHP Plant.  This growth was partially compensated by the result of the segment of onshore wind farms that was lower by PLN 9.8 million, caused by a lower level of production resulting from worse wind conditions as compared to 2020.

The growth of the result of the segment of gas and clean fuels from PLN 18.6 to 135.7 million was primarily due to the optimisation of the work of the Nowa Sarzyna CHP Plant, a higher result on sale of heat and system services (forced generation) and revenues from gas compensation. As part of optimisation, a “reversal” of short- and mid-term hedging transactions with respect to production and sale of electricity in Nowa Sarzyna was made, as well as “reversal” of full hedging for 2022 and partial one for 2023. Limitation of planned production and margin earned on the closing of positions on the futures market was possible due to changes in the level of margin resulting from changes in level of electricity, gas and certificates for CO2 emission prices, related to the production of electric energy in the Nowa Sarzyna CHP Plant.

Last year, the segment of trade and sale recorded a growth of the EBITDA result by PLN 0.4 million as compared to 2020, primarily in consequence of optimised hedging of production and sale of the Nowa Sarzyna CHP Plant, higher result on trading portfolio, sale to strategic clients and proprietary trading activities. The growth was compensated by a lower result on aggregation of RES and trading of energy from wind farms caused by higher costs of profile and balancing and on the trade with certificates, as well as higher operating costs related to the increase in the scale of operation.

The segment of onshore wind farms recorded EBITDA lower by PLN 9.8 million. The impact of the production volume, lower by 10% with respect to the database of projects of 2020, was partially compensated by production from the Szymankowo Wind Farm commissioned in 2021, production in the period of the start-up of the constructed Dębsk Wind Farm and higher prices of sale of green certificates and electric energy. Wind farms produced a net of 706 GwH of electricity last year, which eventually was only 1% worse than the result in 2020. Their productivity is at all times above the average of the entire domestic sector. Only in the fourth quarter of 2021, the productivity of the Polenergia farms reached the level of 38.5%, which was the best result in seven quarters.

In turn, the result in the segment of photovoltaics, lower by PLN 0.8 million, was primarily the consequence of an increase in costs related to the development of projects at the stage of development.

The EBITDA result, higher by PLN 4.2 million in the distribution segment, was mainly influenced by a higher margin on the distribution of electricity caused by growths in revenues from connection fees, higher unit margin on sale of electricity and entry of the new tariff into force. The result was partially compensated by higher operating costs, as well as costs sustained on implementation of a pilot project within the scope of electro-mobility.

Following the events described above, the adjusted EBITDA margin, excluding the trading and sale segment, was 50.1% and higher by 12.6 p.p. from the margin reported in the analogous period of the previous year. In the fourth quarter of 2021 only, the value of this index was 41% and was higher by 1.7 p.p. from the value earned in the fourth quarter of 2020.

Much sooner, already in the second quarter of this year, the end of construction of three portfolios of photovoltaic projects, Sulechów II, Sulechów III and Buk, is planned; thanks to them, the installed capacity in this generating segment of the Group will grow from 8 to 36 MW. Subsequent projects of photovoltaic farms with a total capacity of approx. 56 MW successfully took part in the last year’s RES auction. Commencement of the construction – after procuring financing of projects and sourcing of corporate approvals – is scheduled for the second half of this year.

The Group is working on further development of wind and photovoltaic projects. The Polenergia’s portfolio also includes projects in a less advanced stage, with a total capacity of over 577 MW. Various forms of commercialisation of their production will be considered for different projects, including decisions on the participation in RES auctions, sale of energy to industrial clients in cPPA contracts or sale of energy at the futures market along with a gradually growing stage of project advancement.

The Group’s development in the segment of gas and clean fuels is going on. The Nowa Sarzyna CHP Plant joined the international consortium for the use of hydrogen as the zero emission fuel in gas turbines. Transition of gas turbines in the CHP Plant to clean hydrogen fuel is planned.

Polenergia’s strategic goal is to increase its presence among the end clients in the segment of dispersed energy, given that the efficient transformation of the Polish energy sector cannot be carried out without the participation of prosumers. Finalising the purchase of 100% of shares of Edison Energia allowed the Group to dynamically enter the market. The establishment of Polenergia Fotowoltaika and Polenergia Pompy Ciepła not only enriched the product offer of the entire Group, but also reinforced the potential of sale of green energy and additional services both for business clients and for households. In spite of the change in the system of support by liquidation of the prosumer system of discounts and introduction of the net billing system, high prices of energy will continue to motivate many new clients to set up their own photovoltaic installations which give the households the feeling of energy independence.

The present-day market situation should not threaten the implementation of goals specified in the Group’s Strategy. The persisting high prices of energy, along with the limited use of conventional sources such as coal, gas and petroleum, may become an additional impetus to increase the scale of investment in the RES, both in generation sources and ecological energy media, such as green hydrogen. In consequence, this may add to the facilitation of legislative processes and make additional funds that support investments of this type available.

2 March 2022 marked the end of the public offering of newly issued shares from which Polenergia received approx. PLN 1 billion. These funds allow for efficient implementation of the current five-year Strategy of the Group. Thanks to them, investment needs, among others in the area of development of wind projects, development and construction of onshore wind farm projects, as well as development and acquisition activities in selected business areas both at the domestic and foreign market will be financed.