Polenergia has earned record sales revenues from January to September 2022 at the level of PLN 5.1 billion, which means an increase by 166% year-to-year. The net production of electric energy from wind farms also reached record levels in the same period at 557 GWh. As compared to the analogous period of the previous year, this means a growth by 21 percent. The record sales and production results are accompanied by a drop of profit caused, among others, by a significant increase in the cost of production profile of the RES assets, following from high variability of electric energy prices. 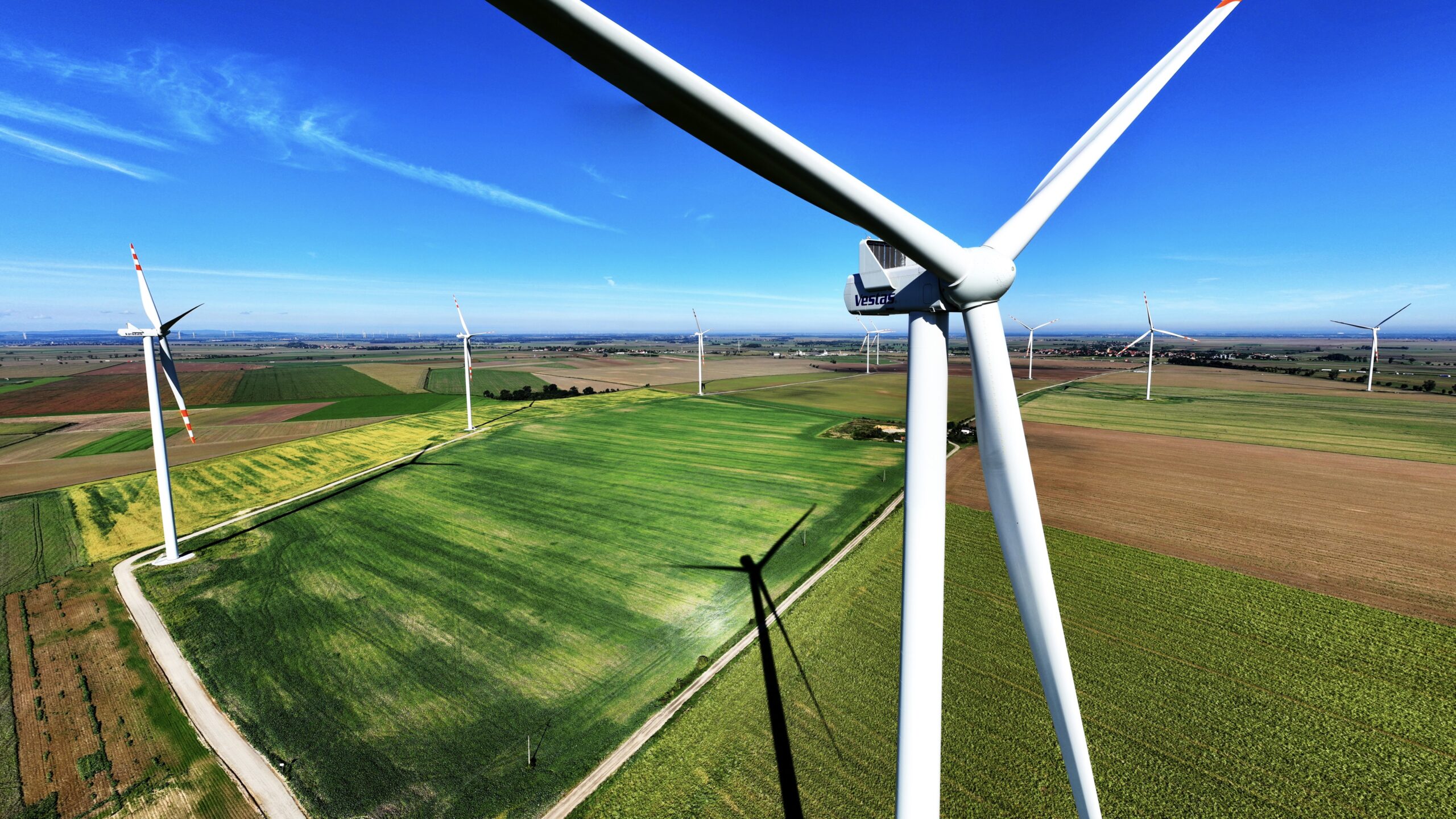 The adjusted EBITDA in the discussed period was at PLN 244.3 million and was lower by PLN 38 million as compared to the result in the analogous period of the previous year. The drop was primarily caused by a lower result on the optimisation of work of the Nowa Sarzyna CHP Plant and no gas compensation in 2022 and a lower result on sale of electric energy from the RES assets belonging to the Group and external ones, caused by a significant growth of the cost of profile and volume divergences of production from the sale hedge. The effects above were partially compensated by a higher result in the segment of onshore wind and photovoltaic farms, caused by a higher volume of production related to better wind conditions at the beginning of the year and an increase in the generating capacity of the Group as compared to the third quarters of the previous year.

Polenergia’s adjusted net profit was PLN 107.7 million, which is a drop by PLN 41 million as compared to the result in the analogous period of the previous year. The drop was primarily caused by the factors affecting the EBITDA result and higher amortisation resulting from an increase of generating capacity, growth in financial costs resulting from new investment credit facilities that were incurred, higher interest rates, as well as higher use of instruments financing the hedging deposits for transactions entered on the regulated market and settlements with clients.

The net production of electricity from wind farms from January to September this year was 21% higher than in the first three quarters of the last year and reached a record level of 557 GWh. Mycielin, Gawłowice, Skurpie and Szymankowo wind farms are the Group’s leaders; they account for over 2/3 of the production of the entire segment, where productivity of each of them exceeds 31%.

The greatest positive impact on the results of Polenergia after three quarters was commissioning the new investments with a total capacity of 67 MW. They increased this year’s production of green energy by 94.9 GWh in spite of the unfavourable wind conditions in Poland in the second and third quarter of the year. Record high prices of energy and their high variability negatively affected the results, which – accounting for the hedged prices of sale – translated directly to an increase in the nominal cost of profile, both of wind and photovoltaic farms.

Implementation of the Strategy of Polenergia Group for 2020-2024

The construction of the Buk Photovoltaic Farm with a capacity of 6.4 MWp was completed and all the installations were entered in the MIOZE register maintained by the ERO. The Group is getting the next photovoltaic projects ready for construction.

The Polenergia’s portfolio also includes projects of solar and on-shore wind farms in a less advanced stage, with a total capacity exceeding 1.1 GW. The Group does not preclude participation of subsidiaries, developing the projects of wind farms and photovoltaic farms, in the next RES auctions. Various forms of production commercialisation will be taken into consideration for individual projects, including offering a part of production in the next RES auctions, sale of energy to recipients in cPPA (corporate Power Purchase Agreement) contracts or sale of energy on the regulated or off-exchange market.

We see the recipients’ growing interest in buying energy in long-term cPPA contracts directly from the RES producer. Unfortunately, the new regulations aimed at capping the energy prices for recipients may cause a drop of the banks’ and the investors’ trust to long-term hedging of revenues via the cPPA contracts which will curtail the development of projects in this formula.

Polenergia, as the leader, and Nowa Sarzyna Combined Heat and Power Plant as a consortium member, entered into a co-financing agreement with the National Centre for Research and Development for a research and development project titled ‘H2 HUB Nowa Sarzyna: Green Hydrogen Storage.’ Its purpose is the use of green hydrogen produced in the process of water electrolysis powered by renewable energy for the production of renewable aviation fuel. The fuel generated in this mode will allow for reduced emission of greenhouse gases in the aviation industry, without the necessity of building a new infrastructure, fuel bases and preparation of new structures of planes. The amount of the potential co-financing in the form of a subsidy for the three stages of the project may in the next years reach PLN 95 million.

Polenergia Dystrybucja is in the course of implementation of the III and IV investment plan with a total value of PLN 156 million. By the end of the third quarter of this year, the Company signed 109 connection agreements and completed 49 investments for which it notified connection readiness.

Impact of the Situation at the Energy Market

Nine months of this year brought historically unprecedented growths of prices at the SPOT market and on the futures market. Simultaneously, given an increase in the costs of energy production in conventional units and an increase in the share of installed capacity in the Renewable Energy Sources, the price variability is at a record-high level, while hourly prices during the day may change by over PLN 1000 per MWh, depending on the level of generation from RES. The Group identifies increased risk of conducting commercial activity, resulting, among others, from an increase in the variability of electric energy and natural gas prices, risk of failure to accomplish the off-take volume by the contractors and an increase in the risk of insolvency of the contracting partners.

Sensitivity of the operating part of the segment of on-shore wind farms to the change of interest rates and currency rates is slight on account of prior hedging of the interest rates for the majority of projects. However, the growth of rates affects the costs of investment financing for the new projects and costs of revolving financing in the segments of trade, sale and distribution.

The president signed an act lifting the obligation of sale of the generated electric energy via Towarowa Giełda Energii. Introduction of the act may bring significant limitation of liquidity at the TGE and thus may also limit the hedging of the generation assets of the Group in advance. In turn, the act freezing the energy prices for end recipients in 2023 significantly limits the possibility of generating a margin on trading and sale of energy and reduces the revenues of RES generation assets.

The Ministry of Development and Technology announced that it would resume the work on the provisions regulating the construction and operation of direct lines. These lines will be another impulse for the development of RES projects, in particular construction of installations with direct connection to the end recipient and production of green hydrogen.

Impact of the War in Ukraine

As a result of the war in Ukraine and sanctions imposed on Russia and Belarus and the ongoing tension at the resources markets, the market environment is undergoing fundamental changes. The effects of these changes are extremely high variability of prices of financial instruments, resources and goods, including changes in prices of electric energy, natural gas and CO2 emission certificates. This calls for the necessity of ongoing monitoring and identification of events and risk factors, which may affect the operation and the financial results of the Group. In the assessment of the Management Board, Polenergia is not directly exposed to the negative effects of the conflict.