Polenergia presented a consolidated report for the first six months of 2022. Adjusted EBITDA was over PLN 211 million and the adjusted net profit was over PLN 119 million. This means an increase of 13 percent and by 25 percent, respectively compared with the result obtained a year ago. 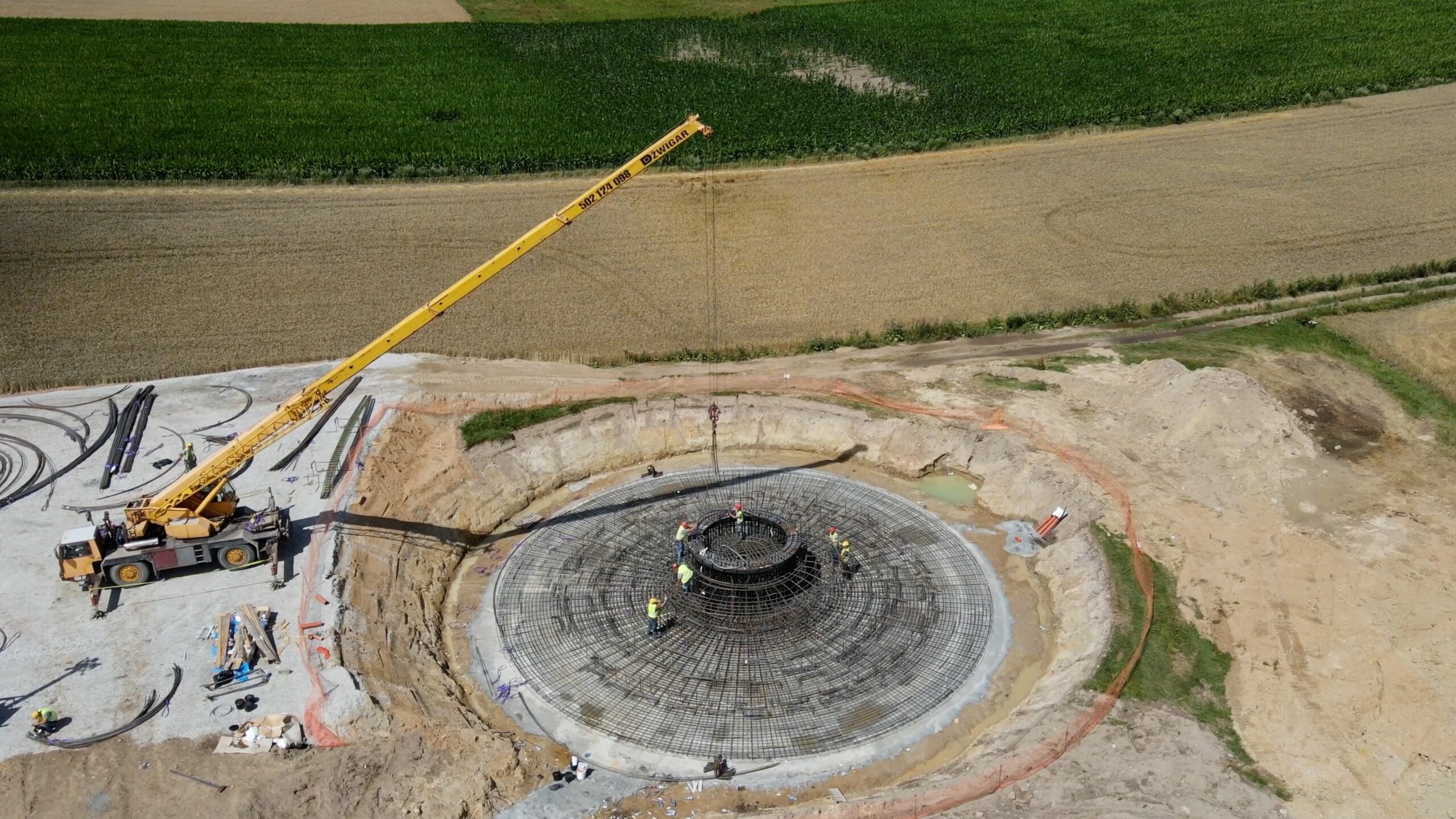 Net production of green energy from Polenergia’s onshore wind farms from January to June 2022 reached a record level of 431 GWh. Compared to the first half of last year, this means an increase by as much as 35%. The net productivity of Polenergia’s wind farms is still over 34% of the market average. The leader of the Group is WF Mycielin, whose productivity in this six-month period was 40 percent. WF Gawłowice recorded a slightly lower result, at the level of 38%, while WF Rajgród, WF Skurpie and WF Szymankowo achieved productivity at the level of 36%.

In the first half of 2022, the onshore wind farm segment recorded an EBITDA result higher by PLN 88 million compared to the previous year, and in the second quarter, the increase in EBITDA compared to the same period in 2021 amounted to PLN 39 million. The increase in results is mainly a consequence of the commissioning of the WF Szymankowo in the second half of 2021, more favourable wind conditions, which directly translated into higher production volumes of other wind farms in operation and higher electricity sales prices at the segment level, as well as the start of the commencement phase of WF Dębsk projects and WF Kostomłoty, which was partially offset by slightly higher operating costs of wind farms.

The EBITDA result of the photovoltaic segment after the first two quarters of 2022 was higher by PLN 5.6 million than the result achieved a year ago. All of this thanks to the launch of two new project portfolios in Sulechów with a total capacity of 22 MWp and better results of PF Sulechów I. Revenues generated under this project were higher by 87% compared to the revenues for the first half of last year. This was due to greater insolation and the sale of some of the energy produced outside the support system at higher market prices.

Consequently, from quarter to quarter, we are putting into operation new green capacities of Polenergia. Modern wind and solar farms are one of the key elements of our business model. We increased their capacity in the first half of the year to 318 MW and this is not our last word for this year. We built our own unique business model covering all links in the energy value chain, and at the same time we did not follow other representatives of the sector. We chose our own development direction, in the centre of which is a system of innovative solutions and products based entirely on clean and green renewable energy, which allows us to create the most technologically advanced solutions combining zero-emission system energy with prosumer energy. That is why Polenergia is the first entity in the Polish energy sector to fully represent Nowa Energetyka.

In the first half of 2022, the EBITDA result of the gas and clean fuels segment decreased by PLN 60.5 million compared to the same period in the last year, and in the second quarter, the decrease amounted to PLN 53.7 million, mainly due to a lower result resulting from optimization operation of Elektrociepłownia Nowa Sarzyna, lower margin on heat sales due to higher gas prices and CO2 emission allowances, and lower revenues from the capacity market.

From January to June 2022, the sales revenues of the Polenergia Group reached PLN 3,812.9 million and were higher by as much as PLN 2,600.6 million compared to the same period of the last year. This was mainly due to higher revenues in the trading and sales segment by PLN 2,532.2 million and onshore wind farms by PLN 95.1 million, partially offset by lower revenues in the gas and clean fuels segment by PLN 51.6 million.

Implementation of the Polenergia Group Strategy for 2020-2024

Works on the 121 MW WF Dębsk, which is the largest renewable energy investment in the history of Polenergia, are nearing the end. Foundations, manoeuvring areas and roads for all 55 turbines were completed. The construction of high voltage lines, medium voltage lines and a power substation have been completed. All turbines have been assembled and energized. The trial run of individual turbines is in progress. The construction of the farm should be completed in the fourth quarter of 2022.

The large-scale 100 MW project for the production and storage of hydrogen produced in the water electrolysis process with the participation of its own renewable energy submitted by Polenergia in the competition for projects in the area of ​​hydrogen technologies and systems, after passing formal verification and assessment by the Minister of Development, Labour and Technology and the Minister of Climate and Environment, has been approved for further implementation and is on the path of obtaining notification from the European Commission. The Ministry of Climate and Environment, after approval of the Office of Competition and Consumer Protection, submitted a project under the so-called RHATL wave (Regional Hubs and their Links) for notification to the European Commission. In addition, Elektrociepłownia Nowa Sarzyna is preparing to produce renewable hydrogen and co-firing natural gas with hydrogen, and actively participates in the creation and development of the Subcarpathian Hydrogen Valley. Two gas turbines in ENS with a capacity of 40 MW each were partially modernized at the end of 2021 and prepared for co-firing up to 10%. hydrogen with natural gas.

The impact of the war in Ukraine

In connection with the ongoing armed conflict in Ukraine, events and risk factors that may affect the operations and financial results are monitored and identified on an ongoing basis. Due to the marginal involvement of the Group’s companies in activities in Russia, Belarus and Ukraine and cooperation with partners based in these countries, Polenergia is not directly exposed to the negative effects of this conflict. The trading and sales segment was the only one in the Group that had direct exposure to the Ukrainian market through its subsidiary Polenergia Ukraina. Even before the war started, the company limited the scope of its operating activities.

Polenergia is involved in humanitarian aid for refugees from Ukraine. Over 40 emergency and long-term aid initiatives have already been implemented under the #solidarnizUkrainą campaign. There have been prepared, among others layettes for children, donation collections were organized and additional positions for psychologists, translators and animators working with children at the Mazovian Neuropsychiatry Centre were financed. As part of the “Dach nad głową” campaign, accommodation was adapted and the costs of utilities, food, medicines and other necessary means of living were covered. Together with the Nowa Sarzyna Commune, a holiday stay of Ukrainian children from Kołomyja was organized, and with the Sulechów Commune, Polish language learning was started for Ukrainian citizens who came to Poland as a result of the outbreak of the war.